Your Money Is Shrinking. The Case For Bitcoin.

My friends, here's what worries me...

Your money is shrinking. Fast.

Most of you are probably using the US dollar. And, since March of 2020 to the end of the year, the value of the US dollar shrunk by 13%. (Source: Fox Business).

Most people who track the "value" of the US dollar are comparing it to other currencies. A so-called "basket" of currencies. The problem is... they're all shrinking. As a collective whole. All fiatFiat, or fiat currency, is a currency that exists and has value merely because it's home government says so. A fiat curr... Click for full definition currencies are shrinking. The dollar shrunk compared to all of them.

What do I mean by "shrinking"?

It means it buys less. Purchasing power is declining. The actual amount of things you can get with your money is now less.

It is inflationInflation is the rate at which the value (or buying power) of a currency drops over time. The result is that the prices ... Click for full definition. And it is WAY higher than the misleading, fake inflation targets tossed out by the Bureau of Labor Statistics.

Look, I know they like to overcomplicate this stuff. But, here's the basics...

Lower economic output, and more money? Nah, that's not how it works. Natural law means... that money devalues. The value of your dollar shrinks.

And it is happening around the world.

This means a couple of things:

Given the shrinkage of the value of the dollar, investments really need to be seeing a solid double-digit return rate to even break even.

If the dollar dropped 13% in value, then if your investment isn't returning MORE than 13%, then you're actually shrinking.

You can park capital in many different places, including stocks, real estate, collectibles and more. In some cases, increases in price of these assets is really a result of inflation. For instance, home values have gone up largely because of inflation.

Gold and other precious metals are traditionally seen as inflation hedges. I do think they are a smart thing to hold right now, but only to a limited amount. Truth is, the precious metal markets are heavily manipulated and are artificially held down in many aspects. Given what's happening to our currency, I personally think gold should be over $3,000 now. The fact that it isn't is due to market manipulation.

Which brings me to Bitcoin.

When Bitcoin was younger, it was thought to be a new form of currency. Useful for everyday spending. Truth is... it is far too slow for that. Ultimately, it is the market that determines the use case. And, at least for now, the market is determining that the use case for Bitcoin is a storage of value.

This makes Bitcoin a fantastic place to store at least some of your savings. At least in my opinion. 🙂

Yes, it is volatile. Yes, it can have wild swings and drop by double-digit percentages in a day. It's Bitcoin. It does that sometimes.

But, zoom out. Look at the longer term chart.

The up and downs of Bitcoin in the short term are mere blips in the long term trajectory.

Compare that to the shrinking dollar: 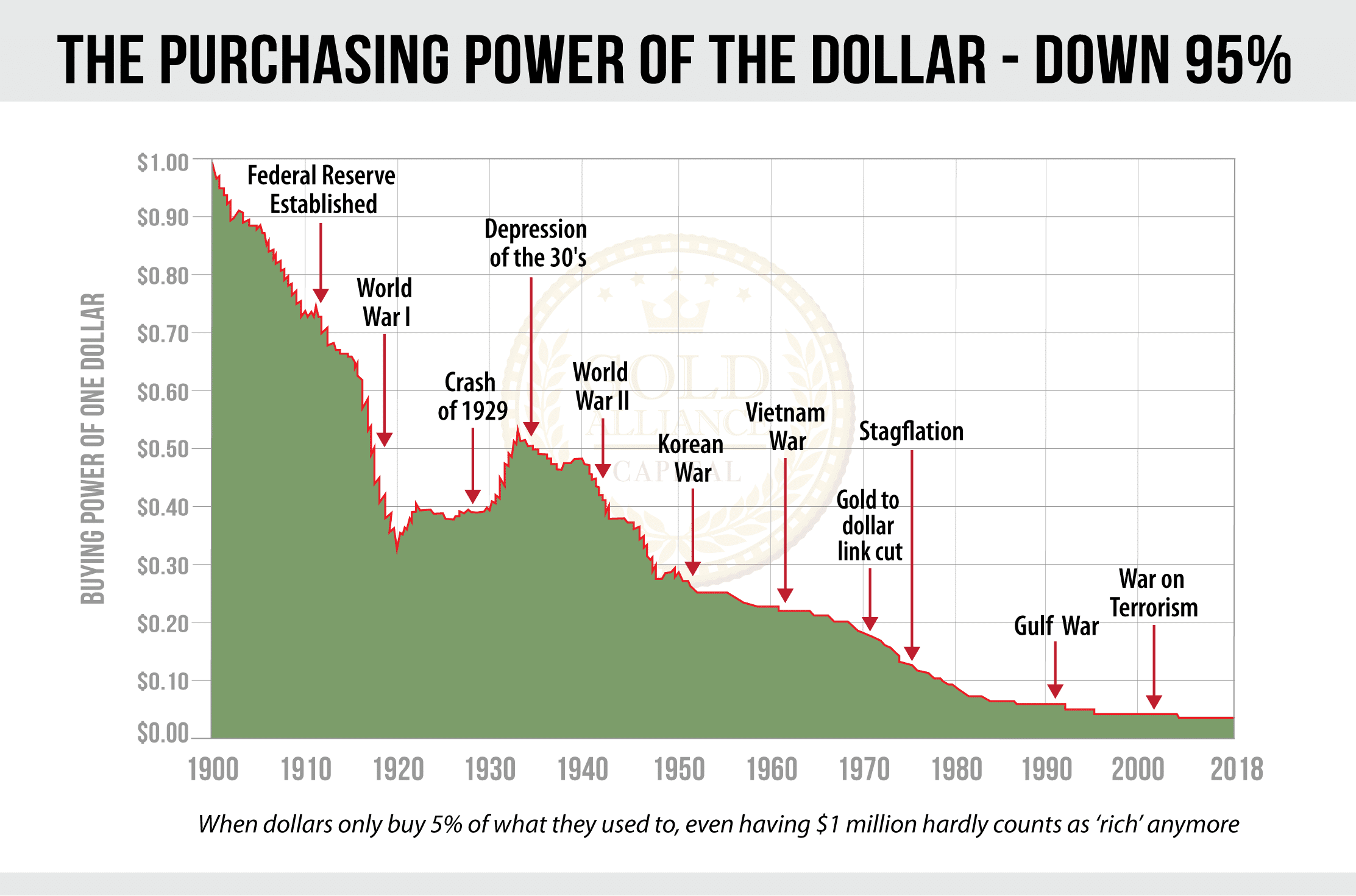 People around the world are beginning to see Bitcoin - and cryptocurrency in general - as escapes from dying fiat currencies.

And, it isn't just people. Big corporations are now putting billions into Bitcoin. They're beginning to put parts of their reserves into Bitcoin. This is institutional money. The big money.

Remember, too, one of the biggest USPs (unique selling proposition) of Bitcoin is that it cannot be manipulated by governments and central banks. They cannot inflate it. The new issuance of BTC is "hard wired" right into the algorithm and it cannot be changed.

This is a deflationary asset... in a world full of highly inflationary currencies.

Which is why Bitcoin is the ultimate hedge.

And why, while I cannot and will not give "investment advice", what I can do is simply give you my opinion. Which is this...

I think Bitcoin was MADE for times like these. And we have a "perfect storm" of events taking place right now that I think all but guarantees that Bitcoin is going to rise in value tremendously.